CNN Campaign Rush
Can you take the hectic pace inside a campaign office?

Grab that phone and propel your party to victory in our CNN Campaign Rush game. Created for and published by CNN during the months running up to the 2008 Presidential Election.

Campaign Rush is a light-hearted game on the theme of politics and the current election. It's a casual click-management game in a campaign office, in which the player helps volunteers respond to the barrage of incoming phone calls, emails, letters, and the like. In addition, you can create an account and choose your party to compete for the best score. 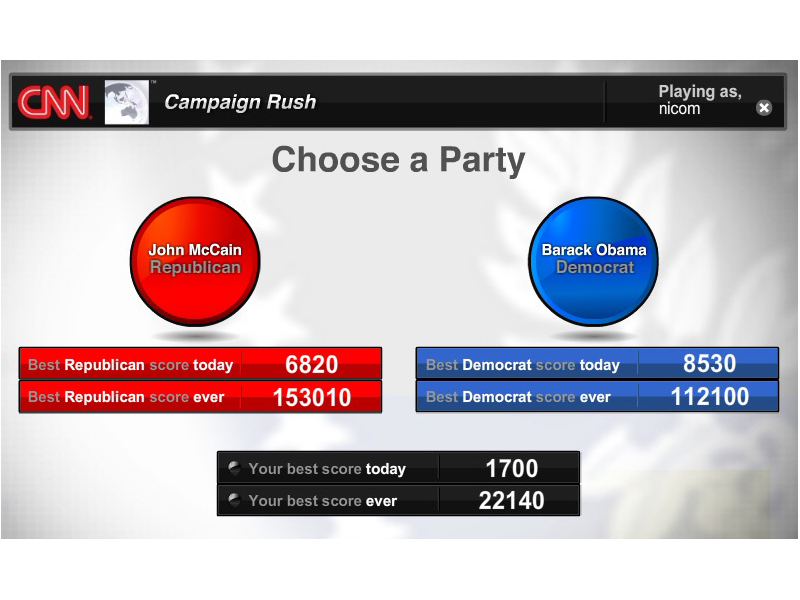 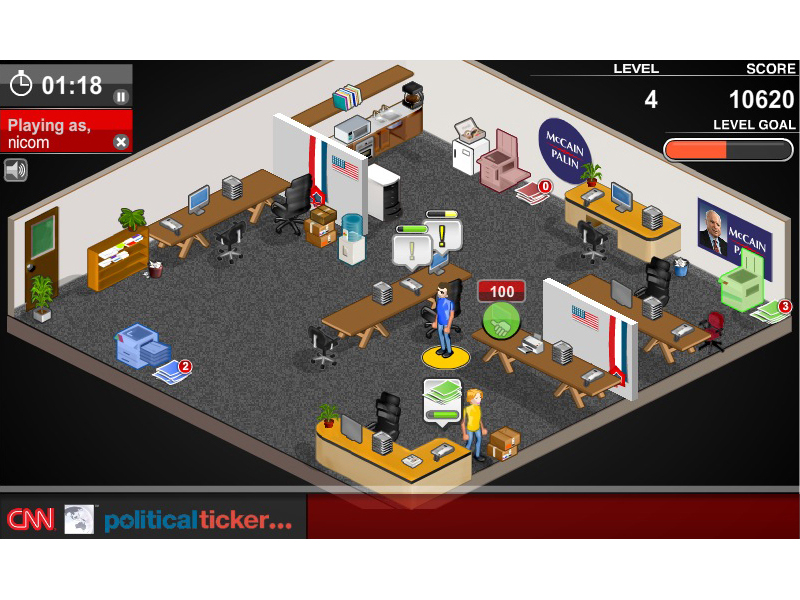 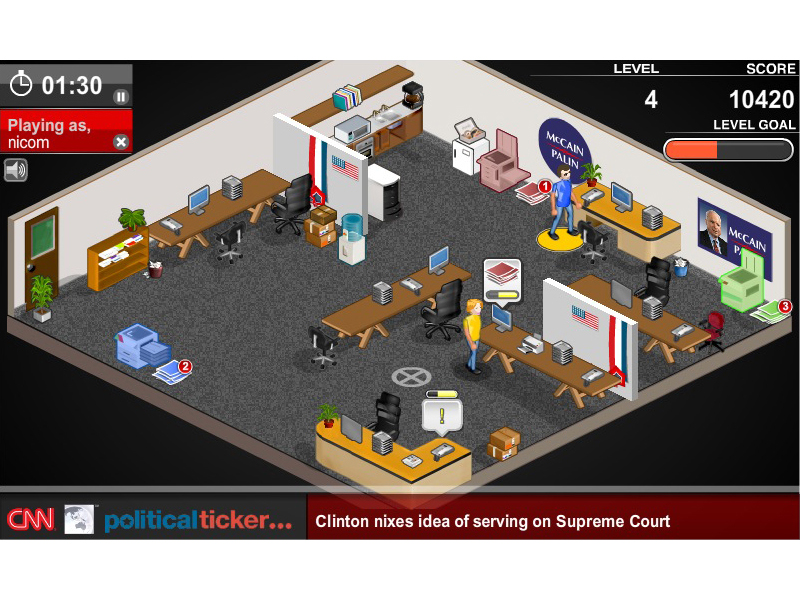 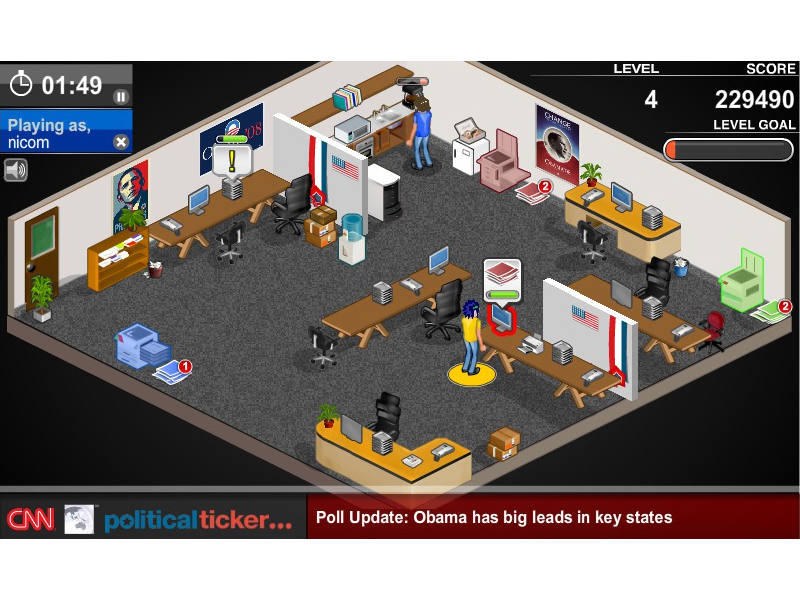