Debt Ski
A game about savings, debt, and its consequences.

Commissioned by mtvU, MTV’s college network, and the Peter G. Peterson Foundation, the game spotlights the dangers of excessive debt, challenge young people to avoid destructive financial behavior, and spur fiscally responsible action. It is a part of mtvU's Indebted, acampaign that empowers young people to change the course of the financial crisis they are inheriting.

Players of Debt Ski must maneuver the game's central character, Piggy Banks, through a series of obstacles to maximize his savings, limit his debt and maintain his level of happiness – all while making payments for necessities like housing and food. Reflecting the choices young people face every day, Piggy Banks has the option to purchase discretionary items like electronics and clothing, which can boost his happiness but also plunge him deep into debt if not purchased in moderation. Players can also choose to upgrade the appearance and function of Piggy Banks's watercraft, choosing whether to save and pay with cash, or go high on the hog and pay on credit.

Spending tsunamis are the biggest threat to Piggy Banks' future as they represent unexpected life events – such as medical expenses or increases to the cost of living – and have the potential to significantly dent savings and increase debt.

Debt Ski was inspired by Brian Haveri of Milburn, NJ who submitted the winning concept in mtvU's Indebted Digital Challenge. The contest called on young people nationwide to develop a creative idea for a video game that would promote the messages of the Indebted campaign. 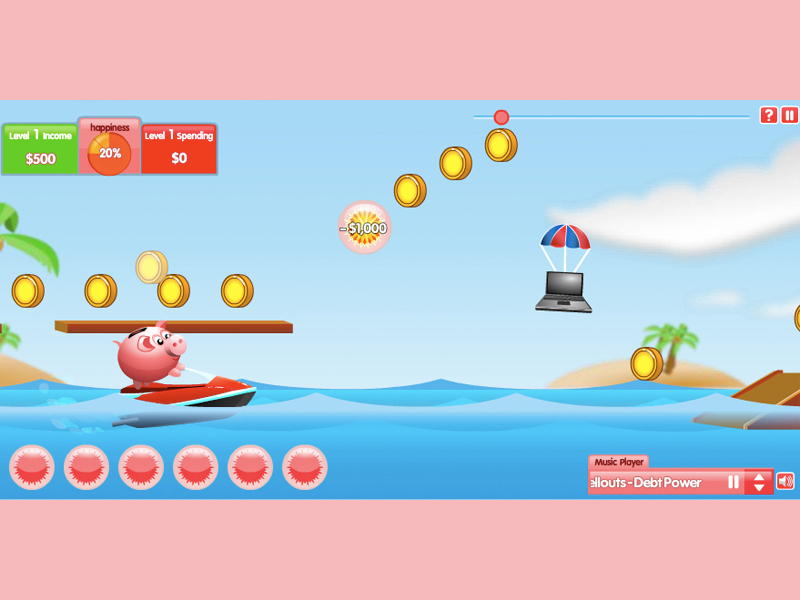 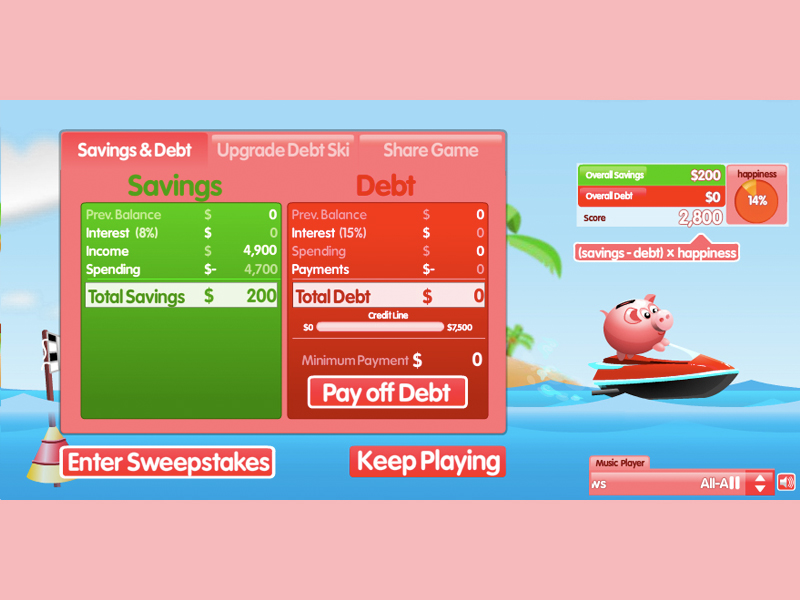 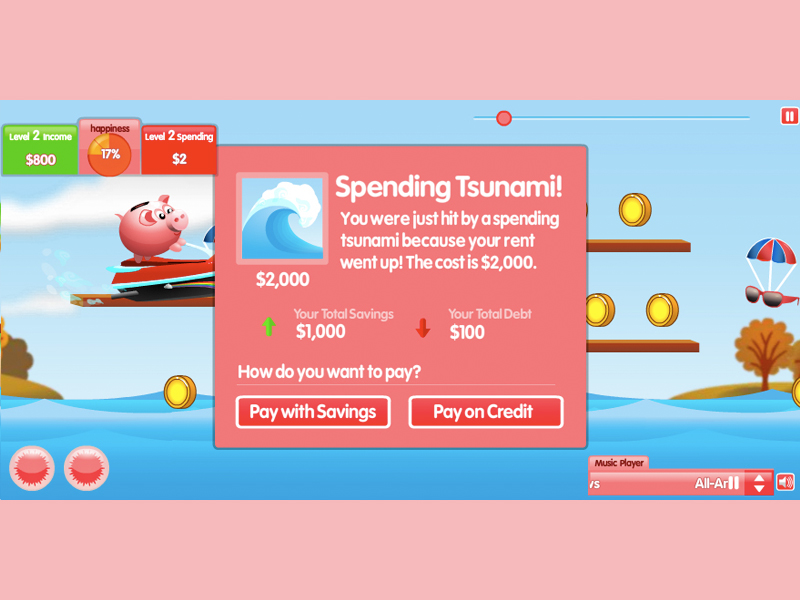 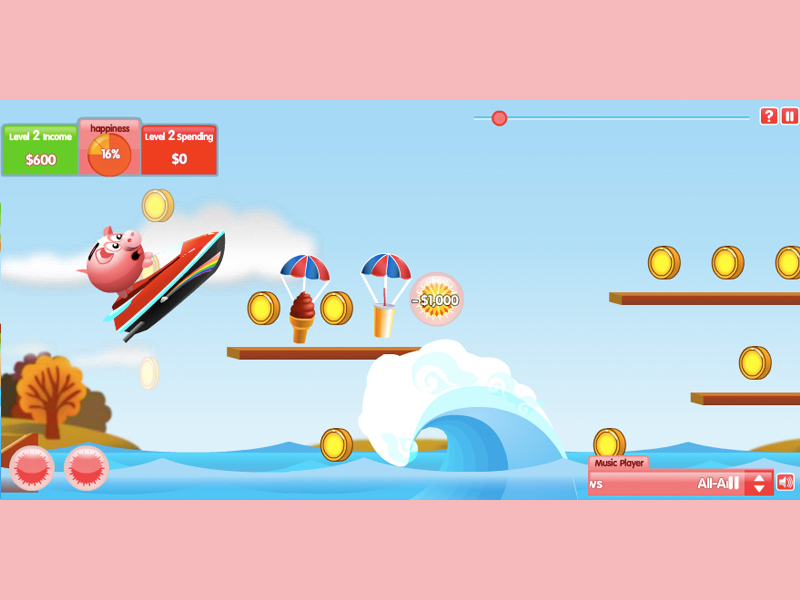