Points of Entry
Compete to award Green Cards under the Merit-Based Evaluation System as it was debated in Congress.

About Points of Entry

In 2007, Congress debated new immigration legislation introduced by senators Ted Kennedy and John McCain. The The system proposed a Federal standard for worker visa awards, based not on individual achievement, but on a single, standardized system for all immigrants. Some criticized the bill for rejecting family ties, others for putting business interests in the hands of the government. In either case, the promise of one single method to judge the absolute merit of immigrant workers demonstrates the real value of contemporary domestic policy: bureaucracy itself.

During debate about the 380-page bill, neither legislators nor the popular press brought its details to the public. One official congressional brief offered two examples. If the Internet fails to cash out the promise of increased citizen participation in policy making, games might allow citizens to experience the implications of legislation more directly. Points of Entry offers one example of such a practice. 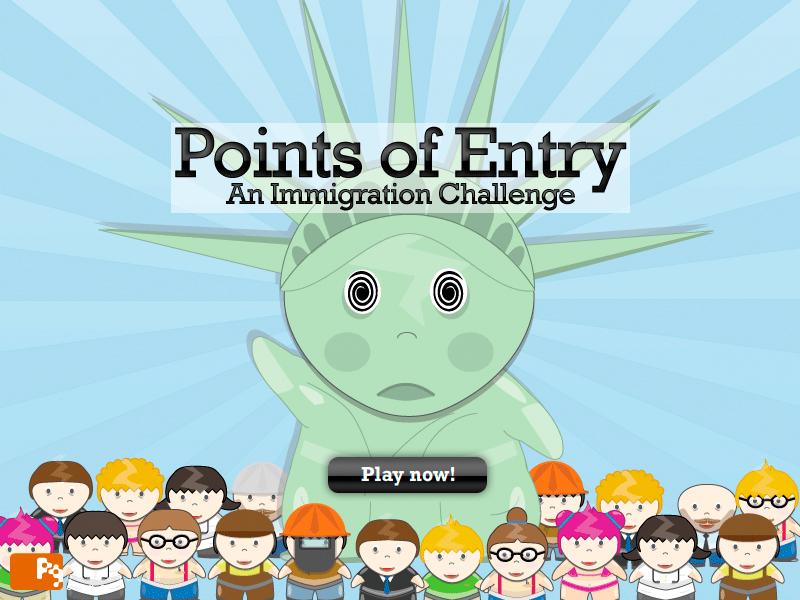 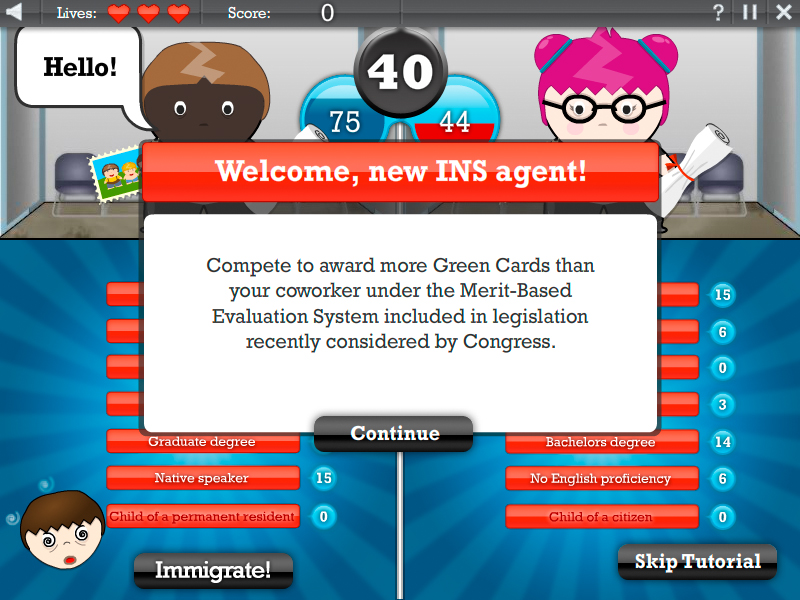 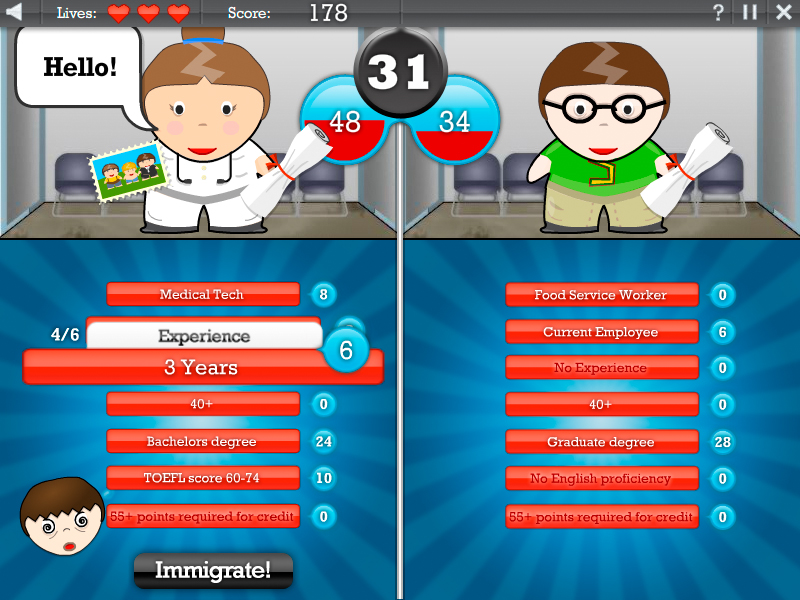 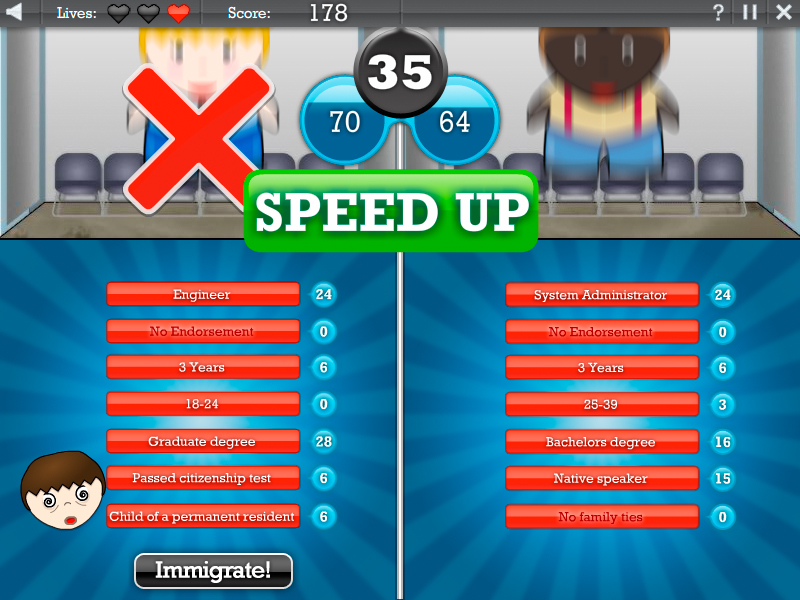