Build turbines in key locations and connect them to the energy grid. Sell the energy you create energy as renewable energy credits to earn profits to grow your farm.

But be careful—nobody wants to have a big, ugly wind turbine in their back yard. Research land value and average wind speeds to generate as much energy as possible with as little political consequence. When protesters start distrupting your plans, you'll have to devote some of your income to the costs of political backpedaling.

The game offers three levels (easy, normal, hard), each in a different region with an increasingly larger energy goal. An in-game tutorial teaches the player how to play. Online highscores are available for each level. 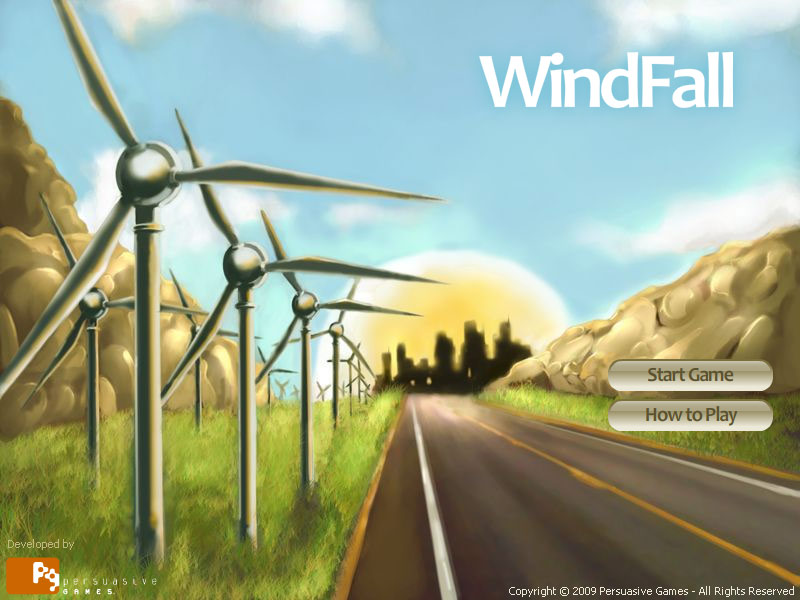 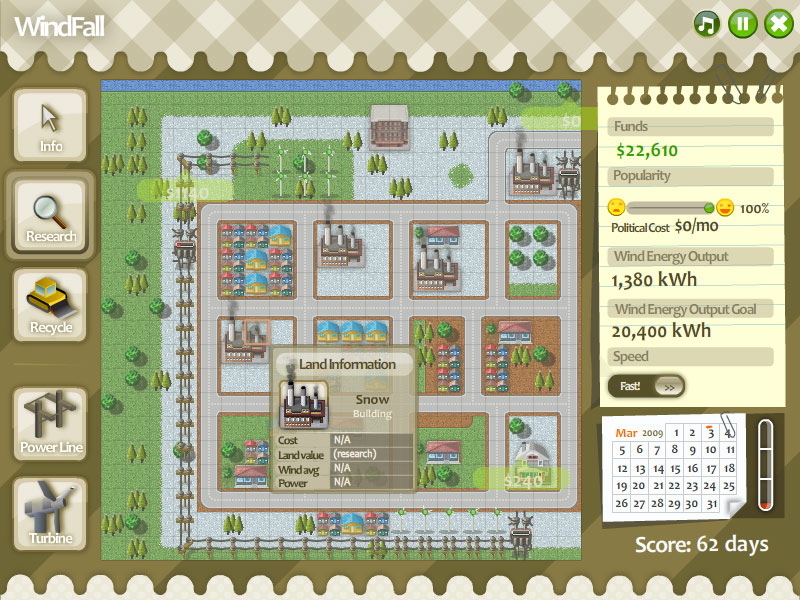 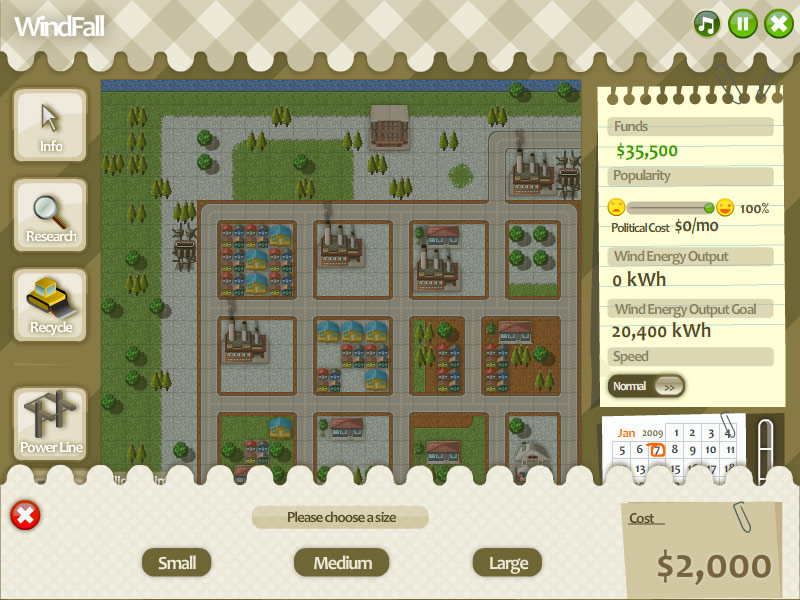 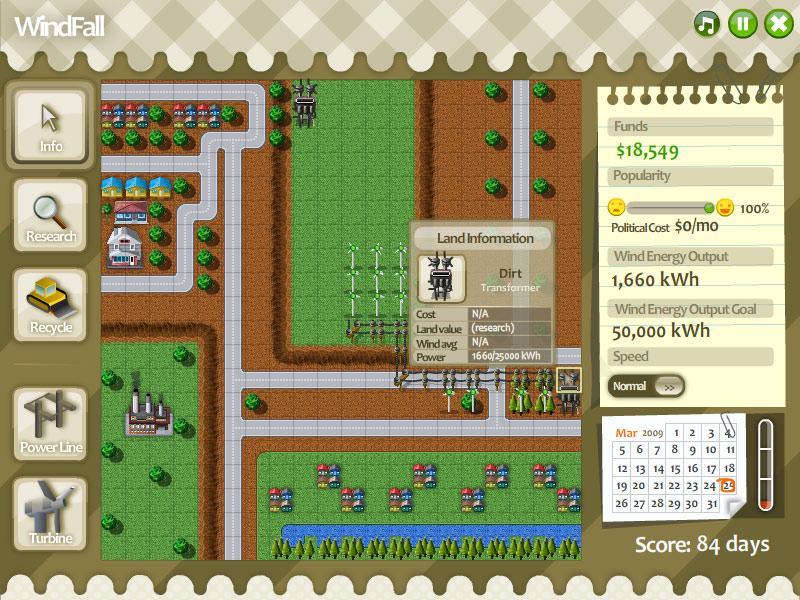