Disaffected!
A videogame parody of the Kinko’s copy store

Back before FedEx bought the chain, Kinko's was a freqent source of frustration from its patrons. Disaffected! puts the player in the role of employees forced to service customers under the particular incompetences common to a Kinko’s store. It's a kind of persuasive game we call "anti-advergames."

Disaffected! gives the player the chance to step into the demotivated position of real FedEx Kinkos employees. Feel the indifference of these purple-shirted malcontents first-hand, and consider the possible reasons behind their malaise -- is it mere incompetence? Managerial affliction? Unseen but serious labor issues?

While examples of branded games go as far back as the Atari 2600, "advergames" have become very popular in the last ten years, first as web-based games and now as both casual games and product/ad placement in commercial games. Advertising in games is a growing yet little questioned area of gaming. Are games only capable of carrying positive advertising messages? Or can they also enact dissatisfaction and criticism against corporations? Anti-advergames are to detract from or call into question a set of products or services for expressive, cathartic, social, or political purposes.

Disaffected! is an arcade-style game with fast action and high replayability. The player controls one or more employees behind the counter at a typical copy store. As each level starts, customers enter the store through the front doors and line up behind the cashiers at the counters. The player must try to find and deliver each customer's order. Obstacles include confused employees, employees who refuse to work, employees who move orders around indiscriminately so the player cannot find them. A complete in-game tutorial walks the player through both one-and two-player gameplay.

Players are strongly encouraged to play the game with a DirectX compatible joystick on Windows (unfortunately, the Mac version is no longer supported). In addition, players are invited to play the two-player game, which can be played either collaboratively or competitively.

Disaffected! was a Slamdance 2006 Finalist, was exhibited at Medi@terra International Art + Technology Festival, Athens Greece (October 2006), and was an Official Selection at the Games for Change Festival, New York NY, (July 2006) 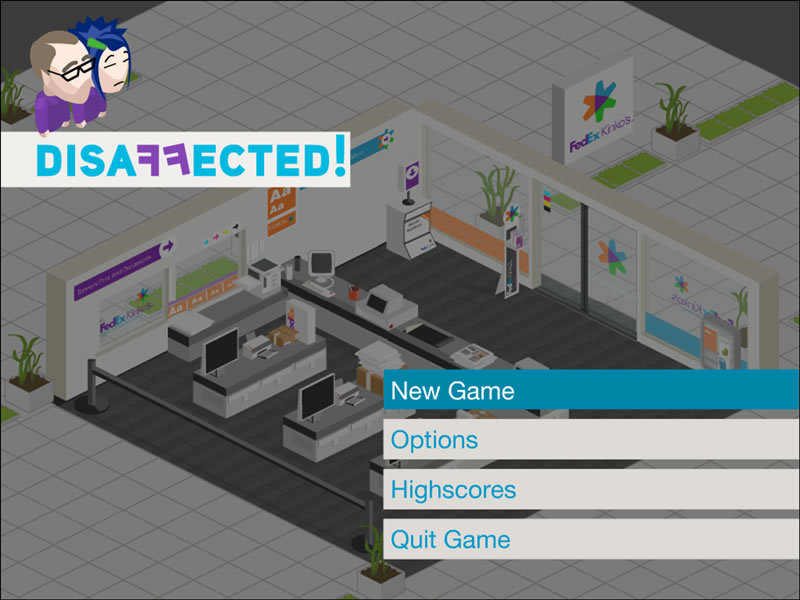 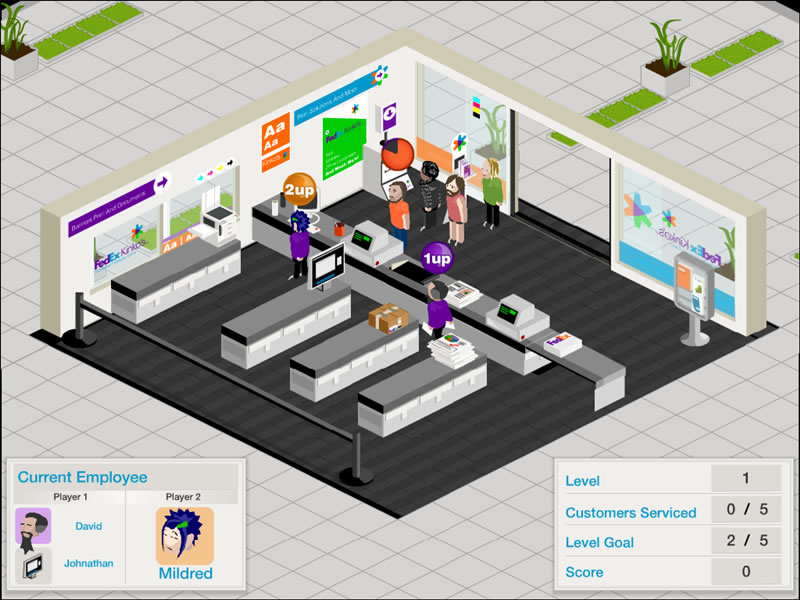 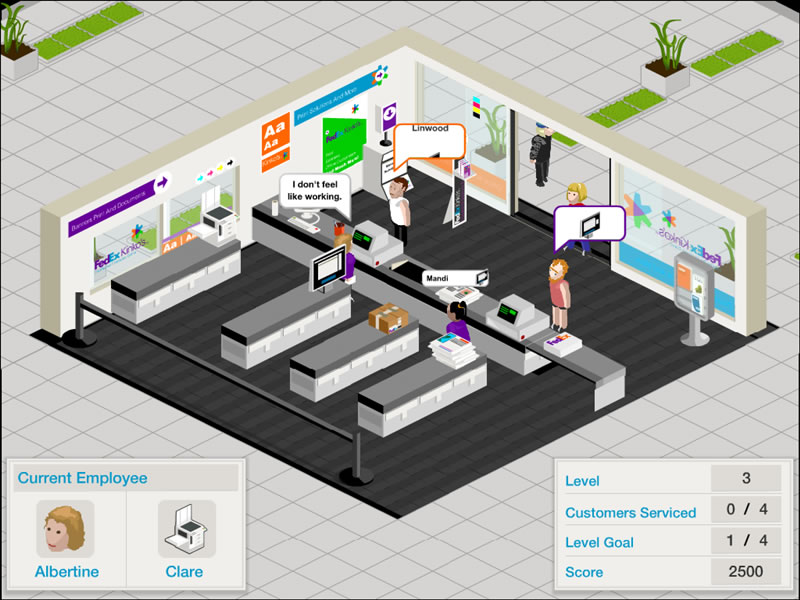 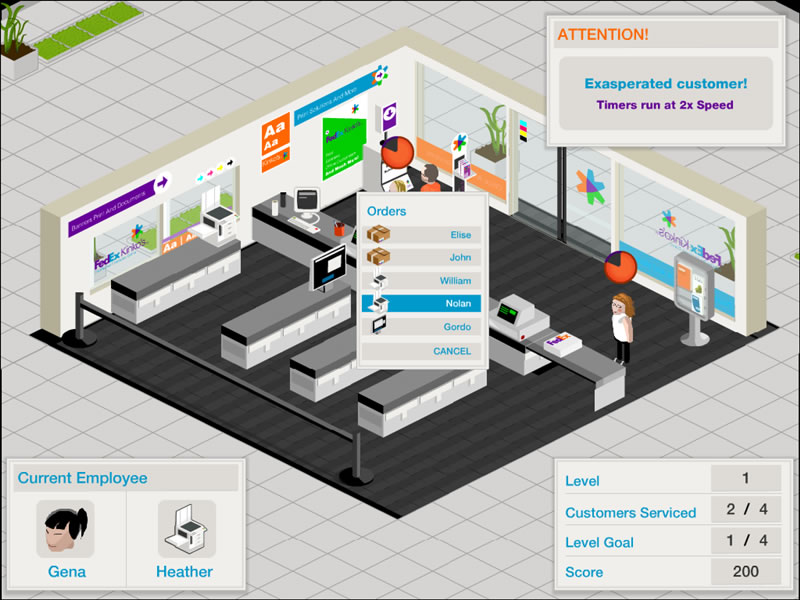